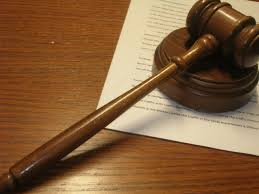 The legacy of the Rev. Dr. Martin Luther King Jr. seems to be everywhere these days with the success of the film “Selma,” which begins with his being awarded the Nobel Peace Prize. At the same time, a decidedly less heroic aspect of his legacy has been playing out here in court filings and hearings as his three surviving children work through a pair of lawsuits over the disputed ownership of their father’s Bible and Nobel Prize medal, and the licensing of his intellectual property.

The new movie "Selma" has historians debating the accuracy of the movie's representation of events during the civil rights movement. However, another battle has been raging for years over Martin Luther King's estate. His children have consistently failed to see eye-to-eye as co-directors over the estate.

The New York Timesin "An Unsettled Chapter in Martin Luther King's Legacy" reports that the three co-directors of the estate are currently involved in a legal dispute over what should be done with King's bible and his Nobel Prize. A judge is expected to rule soon over what should happen to the items or to refer the matter for trial.

The biggest issue for estate planning here is that more than one person directs the estate.

Three of King's children act as co-directors. When they do not agree over what should be done, court battles are the likely outcome.

Accordingly, it is important that you make sure the people directing your estate all get along and will be able to work together without seeking the assistance of a court. Sometimes, that means naming only one child to direct your estate, even if that risks offending your children.

If you have questions about other ways to avoid family battles over your estate, schedule an appointment with an experienced estate planning attorney.

For more information on how to avoid family battles, please visit our website.