What Is Unethical, What is Immoral and What Is Just Plain Wrong? 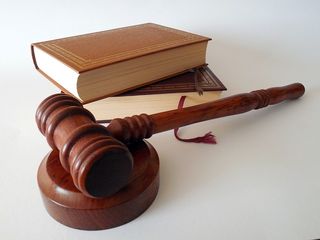 One can only hope that this decision by an appellate court in Michigan does not reflect a slippery slope of decisions. At its essence, this ruling says that it is possible for an attorney to be unethical and profit from the will that he created.

Attorneys are held to certain ethical standards, one of which is very clear: an attorney should not create a will for a non-relative that includes a large gift that is to be given to that attorney. Common sense tells us that the attorney is a trusted professional, and the trust placed in the attorney by an incompetent or unsophisticated client could be abused if the attorney did not follow this basic tenant of legal practice.

Despite this well-known rule, an attorney in Michigan drafted a will for his long-time friend that gave $14 million to the attorney and his children. This was nearly the entire estate. The deceased's family sued to have the will declared invalid. The trial court ruled that since the attorney acted unethically in drafting the will, the will itself was against public policy and invalid.

The attorney appealed and won.

The appellate court decided that the will was not automatically invalid. Instead, since the attorney acted unethically, it created a presumption that he exerted undue influence. If the attorney can prove that he did not exert undue influence, then the will remains valid. The Detroit Free Press reported this story in "Court: Lawyer's $14M inheritance unethical, not invalid."

Ordinarily the person claiming there was undue influence in creating a will has the burden to prove the claim, which is often difficult. It remains to be seen how difficult it will be for the attorney to prove that he did not exert undue influence. This case will be watched closely by those in the estate planning industry as well as legal ethics experts.