« What Is Unethical, What is Immoral and What Is Just Plain Wrong? | Main | The Red Duchess' Effort to Deny Her Children Their Family Legacy »

The Fate of the Black Widow 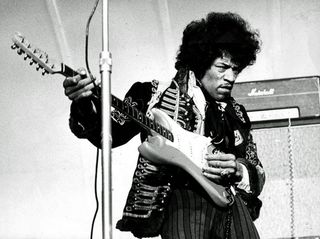 For a rock star who personified the ethos of the 1960s, how ironic that the estate of Jim Hendrix continues to be embattled with as many legal controversies as a global corporation. The latest chapter concerns the fate of one of Hendrix' famed guitars, the Black Widow.

Few of the many guitars owned by legendary rocker Jimi Hendrix were returned to his estate after he passed away. One of those that did was his Black Widow guitar, an acoustic hollow body guitar. This guitar passed to Hendrix Experience LLC, along with the rest of Hendrix's estate, through the estate of his father. But nothing else in the guitar ownership is as straightforward.

Sheldon Reynolds is a former member of Earth, Wind & Fire and Janie Hendrix's ex-husband. Janie claims that Reynolds stole the guitar. Patterson claims to have a letter that states Janie Hendrix gave the guitar to Reynolds while they were married. The estate is suing Moltz and seeking the return of the guitar. Of course, if he's ordered to return it, he can sue Patterson, who can turn around and sue Reynolds. The Daily Mail has more on this story in "Shop is sued over 'stolen' Jimi Hendrix's Black Widow guitar worth nearly $1MILLION."

One interesting note to this story is that even if Janie Hendrix did give the guitar to Reynolds, the estate still might be able to recover the guitar. Although she is the CEO of Hendrix Experience LLC, it is unclear if she would have had the authority to give the guitar away as a gift in her personal capacity.