The Best Estate Sales from the Most Eccentric People! 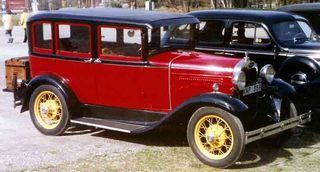 No stranger to unusual estate issues -- like a pet eel with no named caretaker and a security detail for a ring worth half a million dollars -- the Orange County Public Administrator’s Office is now preparing for an estate sale of Gerald Willits, who left behind 69 cars in his yard, several real estate properties and no heir.

Gerald Willits was an eccentric plumber who liked to collect cars and didn’t seem to mind having wills executed according to The Orange County Register. “A Buena Park plumber's death left behind 69 cars and one big mystery.” Willits had 69 cars neatly parked in rows on his property. He also had three wills, all of which disinherited his only child.

The most recent will designates a California charity as the beneficiary. However, this one isn’t considered valid because it’s a copy, which leaves the 1996 will in play. That one has the estate going to his parents, who were already deceased. As a result, the county is trying to settle an estate that is basically “up for grabs.” Several people are making claims.

Gerald Willits was a plumber and, in addition to all of the vehicles, he also owned four homes that together are worth at least $1.2 million. Willits was a pack rat who was cited for trash, overgrown trees, peeling paint, a lack of running water, and housing inoperative vehicles on his property. He was eccentric and a very private person.

Many people believe that the Public Administrator is trying to get the estate, but that never happens. That office is entitled to a maximum of 4% of the estate’s value under California law.

Don’t have your loved ones fighting over your massive collection of cars or other assets of your estate. Talk to an experienced estate planning attorney. He or she can help you draft a legal will and other estate planning documents to ensure that your wishes are carried out properly.

Please visit our website for more information on how to create a sound estate plan.