« Should You Have a Trust? | Main | Minor Children and Trust » 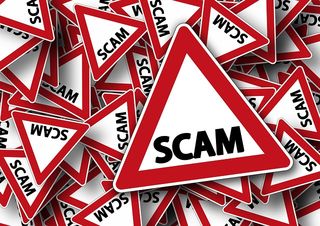 A word to the wise:  if you cannot find an independent financial report on an investment property, usually that is because it does not exist. A resident of Naperville, Illinois scammed a group of retirees with a convincing story of lucrative Turkish bonds that both he and his family were personally invested in. No one asked the important questions. Not only did the bonds not exist, he had no experience in investments. John T. Burns III was sentenced to seven years in federal prison and ordered to pay more than $3.3 million in restitution. When common sense is replaced by greed, bad things happen.

John T. Burns III lied and cheated a group of a dozen retirees, as reported in The Naperville Sun, “Naperville Man gets Prison for Role in $28 Million Investment Scam.” A mortgage salesman with no investment or estate planning credentials, he must have talked a good game to get them to part with their hard-earned retirement funds. But that was just the beginning.

A jury convicted Burns of wire fraud and mail fraud for his part of a larger Ponzi scheme, which bilked $28 million out of 120 people. Burns identified potential investors through seminars that promoted his presentation and offered a free meal to attendees. He then followed up with prospective clients and pitched what he claimed was a uniquely profitable investment opportunity in Turkish bonds. But Burns didn't tell them that the Turkish bonds didn't exist. Their investments were used to pay other investors in the scheme.

USA Retirement Management was ordered out of business in 2010 by the U.S. Securities and Exchange Commission. With no prior experience in estate planning or handling investments for clients, Burns held himself out as an experienced, certified estate planner to scam his clients.

If something sounds too good to be true—it probably is. Talk with a qualified estate planning attorney and resist the urge to get something for nothing.

For more information on how to protect your estate, please visit our website.