« Even the Deceased Can Be Victims of Identity Theft | Main | Even the Wealthy Make Mistakes in Estate Planning – Bigger Mistakes! » 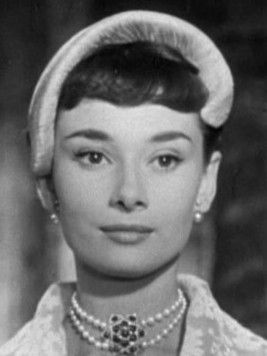 It’s been more than 22 years since Audrey Hepburn’s death, and her two sons still can’t divide up her belongings. The late “Breakfast at Tiffany’s” star’s children, Sean Ferrer from her first marriage and Luca Dotti from her second marriage, are fighting over a storage unit filled with posters, photos, costumes, awards and other memorabilia, according to TMZ.

The New York Post reported this story in a recent article titled "Audrey Hepburn's kids still fighting over her stuff."

When Audrey Hepburn passed away she owned a storage locker that contained many of the pieces of memorabilia she had collected over the years during her acting career. She instructed that her two sons, each by different fathers, should split the contents of the locker equally between them.

That was over two decades ago and the personal items still sit in the same storage locker awaiting division by the sons because they cannot agree who gets what.

A couple of different issues might be in play here.

First, because the sons have different fathers and have an age difference of 10 years, there might be very little love lost between them. It is not unusual in blended families for step-siblings to argue over a parent's estate.

Another issue might be that Hepburn's personal effects are likely to have value to collectors. Each brother could be insisting that he should get the items that are perceived to have more value on the market.

Whenever blended families are involved it is important that estate plans are as detailed as possible. As this case shows it is not always a safe assumption that the children will be able to agree about dividing the estate in the absence of clear instructions.

Contact an experienced estate planning attorney to make sure you address all blended family issues.

If you like more information on how to create an estate plan involving a blended family, please visit our website.