If Bernie Sanders Could Have It His Way, the Estate Tax Would Go Up 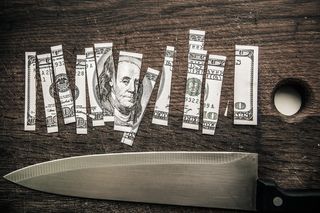 U.S. Presidential hopeful Sen. Bernie Sanders (I-Vt.) called for lowering the amount individuals can shield from the federal estate tax, and hiking estate tax rates across the board, as he introduced the Responsible Estate Tax Act. “This is a piece of legislation that addresses what I consider to be the most significant moral issue of our time,” he said at a press conference in Washington, D.C., citing growing economic inequality.

Most political observers do not think that Bernie Sanders has much of a chance of beating out Hilary Clinton for the Democratic nomination for President. However, Sanders is expected to make some waves in the primaries.

Recently, in an effort to drum up some support, he proposed an increase to the federal estate tax.

Sanders would lower the exemption for a single person from the current $5 million (indexed for inflation) to $3.5 million. He would also increase the estate tax rate to 45% for some. He includes tiers that would have billion dollar estates paying 65% estate tax rates.

As part of this proposal, Sanders would also lower the gift tax exemption and close some loopholes that currently allow people to shelter assets from the estate tax.

With Republican congressional efforts currently focused on eliminating the estate tax entirely, it is extremely unlikely that Sanders' proposal will pass anytime soon.

Nevertheless, it is important to note that not everyone in Washington is in favor of repealing or reducing the estate tax. Consequently, efforts to do so face an uphill battle.

Those interested in the estate tax - particularly owners of family businesses, farms and ranches - will want to monitor the election to see what other candidates propose concerning the estate tax.

Please visit our website for more information on estate taxes.