« Control of Australia’s Rinehart Family Trust Goes to Daughter | Main | Billionaires May Sign Up for Giving Pledge, but Pledge Is Actually Non-Binding » 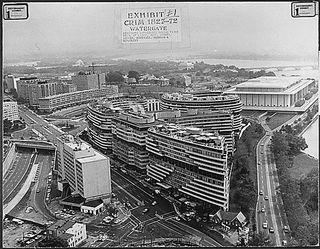 The desk-calendar entry for 11:30 a.m. on July 3, 1973, reads simply, “Watergate meeting.” It wouldn’t be of much importance except for the author of the hand-written note: former Washington Post editor Benjamin C. Bradlee, who was then deep in the midst of directing the newspaper’s coverage of a scandal that would eventually bring down a president. The calendar is one of thousands of items — memos, photos and correspondence with journalists and dignitaries — that Bradlee’s estate has agreed to donate to the University of Texas’s Harry Ransom Center, a massive humanities archive.

The Washington Post reported the story in an article titled "Ben Bradlee's estate donate his papers to University of Texas archive."

Ben Bradlee was the longtime editor of the Washington Post and best known for his role in breaking the Watergate scandal for which he was portrayed by Jason Robards in the film All the President's Men. Robards won an Oscar for the role.

In 2003 the reporters, Bob Woodward and Carl Bernstein, sold their personal papers concerning Watergate to the University of Texas' Harry Ransom Center, a humanities archive, for $5 million.

It has now been announced that Bradlee's estate agreed to donate his papers to the center.

Bradlee did not have a personal connection to the University of Texas, but he wanted all of the Watergate papers to be located in the same place for researchers.

His estate's donation accomplishes that goal, which explains why such valuable items were donated rather than sold.

The papers also contain other interesting items including a letter from Jackie Kennedy Onassis a month after JFK's assassination, a letter in Spanish from Fidel Castro and a letter from then sitting President Jimmy Carter.

The papers will be made available to the public and researchers once they are cataloged.

For more information on donations, please visit our website.