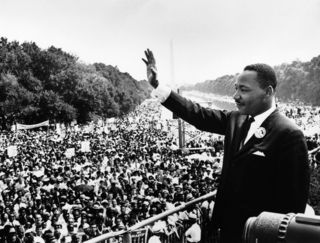 A court-ordered mediator would help the parties put the "final touches" on an agreement, Eric Barnum, Bernice King's lawyer, told Fulton County Superior Court Judge Robert McBurney during a hearing. McBurney said he would appoint a mediator, with a goal of completing an agreement by Sept. 30.

Many of the personal effects of Martin Luther King Jr. being held by his estate have great monetary value. Because of this, his two sons acting on behalf of the board of the estate decided to sell his Nobel Prize medal and his personal Bible.

However, King's daughter opposed the idea and sought to block the sale as she believes the heirlooms are too precious and meaningful for the family to sell.

The feud is currently in the process of making its way through the court system.

Recently, the parties asked the judge to appoint a mediator to help resolve the dispute as they believe that they are close to reaching a settlement to end the battle.

Mediation is often a great way to resolve legal issues, including fighting over an estate. A mediator helps the parties reach a mutually agreeable resolution, which is usually better than having a judge decide the matter on a winner-takes-all basis.

In this particular case, there is no news on how the parties think they might be able to settle their differences, but the fact that they are willing to negotiate is a good sign.

Contact an experienced estate planning who can help you express your wishes regarding any of your personal items with sentimental or historical value.

For more information on how to avoid estate issues, please visit our website.