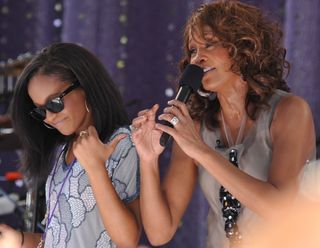 Unconfirmed reports point to a battle between the Houston family and Whitney's ex-husband, Bobby Brown, over daughter Bobbi Kristina’s end-of-life care. Beyond moral considerations, however, there are tens of millions of dollars playing a behind-the-scenes role in the conflict.

Whitney Houston's will did not leave her daughter, Bobbi Kristina Brown, an inheritance in a single lump sum. Instead, Brown was to receive the inheritance in increments, which would end when she reached 30 years old. The remainder of any money would then be placed in a trust.

Now, with 22-year-old Bobbi Kristina in hospice care and not expected to recover, things get complicated.

Houston's will states that if her daughter does not live to the age of 30, then the money should be distributed to Houston's other family members. Obviously, they have a monetary reason to argue that Bobbi Kristina should be removed from life support.

On the other hand, if Bobbi Kristina lives past the age of 30, her father, Bobby Brown, would be the beneficiary of the money.

To further complicate things, Bobbi Kristina's boyfriend is claiming that the two were married. If that is true, then he would inherit any money she receives. That claim is disputed and he has not produced proof.

It is difficult enough for a family to decide whether to take a loved one off of life support when no money is involved. When millions of dollars are involved as in this case, it becomes nearly impossible.

Contact an experienced estate planning attorney to make sure your estate plan covers all of the contingencies.