Billionaires May Sign Up for Giving Pledge, but Pledge Is Actually Non-Binding 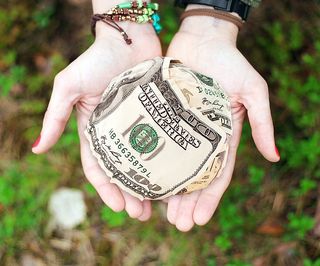 The Giving Pledge emphasizes that it’s a moral pledge. This distinction has a very real legal purpose: it eliminates the ability of Giving Pledge signers to sue fellow billionaires who fail to give, according to David Scott Sloan, an attorney and national head of the estate law practice at Holland & Knight.

Bill Gates and Warren Buffet created a document, the Giving Pledge, that billionaires could sign pledging to give away at least half of their wealth either during their lifetimes or in their estate plans.

The Giving Pledge started with a simple idea: the incredibly wealthy should give their wealth to charitable causes instead of hoarding it in their families.

To date, nearly 200 billionaires have signed up and as a result received publicity and invitations to exclusive events.

As Bloomberg reports, however, in a recent article titled "Pledge Aside, Dead Billionaires Don't Have to Give Away Half Their Fortune," the language of the pledge states that it is non-binding.

There are actually good reasons for making the pledge non-binding.

The first is that if someone does not go through with the pledge, no one can sue the estate in an attempt to enforce the pledge. This is important because of the second good reason to make the pledge non-binding, which is that it is very difficult to determine what half of a billionaire's fortune actually is.

For example, if someone has precisely one billion dollars, you might think that half is $500 million. In reality, it is $300 million because 40% of the estate will go to pay estate taxes meaning that the estate is really only $600 million not $1 billion.

Reference: Bloomberg (June 3, 2015) "Pledge Aside, Dead Billionaires Don't Have to Give Away Half Their Fortune"