10 Strikes against the Estate Tax 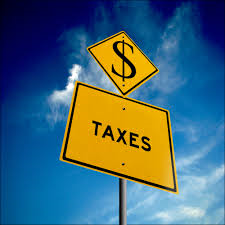 With the fate of the bill against the estate tax yet to be determined by the Senate and President, let’s reflect on the top ten arguments for the repeal of the death tax.

Many people wonder why the estate tax would be repealed and why there is so much controversy surrounding the matter.

With the U.S. House of Representatives recently voting to repeal the estate tax, the issue now will go before the Senate for approval. If it passes there, then President Obama will need to decide whether to veto the legislation or not.

Forbes recently published a list of reasons why the estate tax should be repealed in an article aptly titled "Top Ten Reasons The U.S. House Will Kill the Death Tax."

Keep a close eye on these developments and stay in touch with your estate planning attorney whichever direction the political winds may blow.

Visit our website for more information on estate tax.