Is an Estate Tax Repeal Possible? 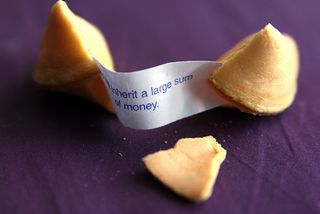 Area Congressman Mac Thornberry filed his first bill of the 114th Congress on its opening day. The Death Tax Repeal Act (H.R. 173) will completely and permanently repeal the Federal estate, gift, and generation-skipping taxes. The bill already has garnered 36 cosponsors.

The estate tax is making headlines again, but this time the topic points to eliminating the death tax altogether.

It is no secret that the Republican controlled congress and President Obama are likely to have several high-profile battles in the next two years. That is inevitable whenever there is a split government in Washington. And battles over the estate tax are on the table.

Representative Thornberry of Texas has introduced the Death Tax Repeal Act which seeks to repeal the estate, gift and generation-skipping taxes.

Everything Lubbockin "Thornberry Introduces The Death Tax Repeal Act" reports that the bill already has 36 co-sponsors.

Of course it is too early to predict whether this bill will pass the House of Representatives, let alone make it to President Obama's desk for his signature or a veto. However, it is never too early to let your opinions be known on this bill.

Whether you are in favor of it or opposed, now would be a good time to let your congressman or congresswoman known what you think about this important and controversial issue.

For more information on estate tax, please visit our website.