« Timing Is Everything - Have Your Estate Planning Talks before It's Too Late | Main | Alzheimer's Is a Potential Future Problem - Are You Ready for It? » 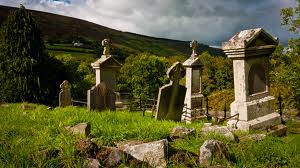 The remains of Jim Thorpe can remain in Jim Thorpe, Pa. That was the ruling handed down on Thursday by a federal appeals court in Philadelphia in an unusual case involving a dispute between the family of the legendary Native American athlete and a small Pennsylvania town named after him.

Do people really fight over burial places? Sadly, the answer is yes. Some even take their battles to court.

In 1953 two small Pennsylvania towns decided to merge and name their new town "Jim Thorpe" in honor of the athlete. Even though it is unlikely Thorpe ever visited the area, the new town built a memorial to him and convinced his wife to have Thorpe's remains interred there. Now as reported by the Wall Street Journal,in an article titled "Court: Remains of Jim Thorpe Can Remain in Jim Thorpe," a court has decided that his remains should remain in that town.

This case was unusual.

Thorpe's descendants were relying on a federal law that allows Native American tribes to reclaim artifacts from museums, including human remains. However, the case highlights that families do not always agree where a loved one's remains should be buried. When that happens they often resort to the legal system to settle the dispute. Ultimately, it is a judge who then decides where someone should be buried.

There is a way to stop this from happening to you through an estate plan. You can make funeral plans a part of your overall estate plan and dictate how you would like your body to be treated after you pass away. It is a good idea to do so to prevent family fights.

For more information about funeral and estate planning, visit our website.